Andreas Pawlitschek has an extensive background in government administration, starting with a military appointment in 1980 as First Lieutenant in the Austrian Army. Prior to his current position, he served as an attaché and counselor of cultural affairs for the Federal Ministry for European and International Affairs, and he was the head of the division of cultural public relations for the Ministry of European and Foreign Affairs.

Mr. Pawlitschek has 33 years of professional experience and joined the Austrian Cultural Forum, which provides a cultural exchange between Austrians/Europeans and Americans, as well as cultural events including concerts, film screenings, exhibitions, theater, lectures, panel discussions and symposia, this past year. He brings his knowledge of international relations, public policy and European politics to his current post, and is instrumental in driving the success of the forum. His goal is to raise awareness for Austria and the Austrian culture.

As the director, he is responsible for promoting Austrian culture on the East Coast, planning, managing and organizing cultural events, organizing exhibits on Austrian art, and collaborating with international colleagues on European culture and projects. Mr. Pawlitschek attributes his success to his conviction that there is so much to share about Austria’s culture and traditions. Looking toward the future, he hopes to continue to educate people about the rich culture of Austria, and he hopes his teachings can help others to expand their view of the country and all it has to offer. 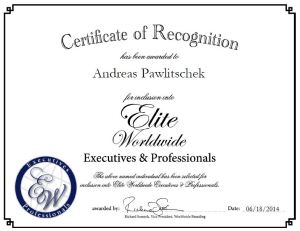