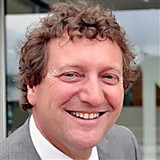 Rudi Deruytter has served as the owner and president of Deruytter firm since October of 2012. There, he provides advice to risk management companies for efficiency, and oversees restructuring initiatives and relationships with bankers, as well as provides investment advice. In his role as CEO and managing director of CKV Bank, Mr. Deruytter is in charge of managing the daily operations of the bank, which plays an efficient role in the market of traditional savings and investment products for individuals in Belgium. Mr. Deruytter is also the director and CEO of several companies within the “family office” of Dominiek Declerck, NV Datex Financial Holding, NV Cefima and NV Immo Desan. These products are offered through a network of agents (a 40-number of agents all over Flanders) or directly over the Internet through Direct Bank channels. Mr. Deruytter and his team of colleagues offer mortgage loans to private individuals by credit brokers.

Mr. Deruytter has garnered a reputation of distinction and prominence over the course of an illustrious career, which spans more than 31 years, earning a badge of the honorary order of knighthood from The Order of Leopold for his strong leadership skills. He also holds a Master of Laws from Ghent University, with distinction, and a Compliance Certificate. Mr. Deruytter earned accreditation as a Professional Negotiator, and a Certificate in International Banking, as well.

Ever passionate about remaining abreast of trends and developments in business, Mr. Deruytter, a committed team leader and optimist, serves as a member of EBG, GUBENA, and the Family Alliance Group. His competitive nature prompted him to pursue his current career path, and through it all, he has come to mark the highlight of his career as saving and restructuring the banks, ING, Kaupthing, Holding Communal, Dexia, and KBC after the fall of Lehman Brothers from 2008 to 2012. 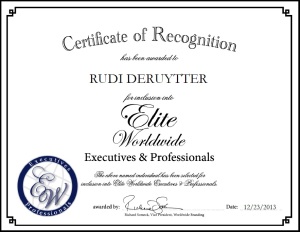 This entry was posted in Finance and tagged banking and investments.